Rush at the Garden: Why couldn’t they have been more like Liberace?

I went to see Rush at the Garden last night. It was good, but it wasn’t sublime.

Here’s the thing. I’ve liked Rush since I was a kid and in fact still listen to their music with an, for some, alarming frequency (my favorite album being Fly by Night). However, I never really explored their catalog, which I otherwise celebrate, beyond Moving Pictures, the mega-hit which sold over 4 million copies worldwide and put them on the classic rock map for good.

If I think of things from the standpoint of Geddy, Alex, and Neil, I realize that for them, Rush is everything they have done since they started playing together in something like 1968. In fact, early on in the show Geddy Lee joked that they had “400 songs” that they could play for us.

Unfortunately, for many of my generation—I recently turned 47—Rush actually boils down to the 4 or 5 songs (“Tom Sawyer,” “Limelight,” etc.) that we’ve heard a thousand times and, if you are a semi-fan like me, choice cuts from the preceding albums (“Xanadu” from A Farewell to Kings or “The Necromancer” from Caress of Steel). Aside from “Subdivisions” off Signals, I couldn’t really name a Rush song recorded after 1980.

It was for this reason, and a couple others, that the first lengthy set Rush played was a bit of the hard slog. Kicking things off with a very corny, though highly produced, film clip that set up the “time machine” theme of the evening, the band launched into one of their biggest hits, “Spirit of the Radio,” and it was exhilarating. When you hear a band play a song that has been kicking around your ears for thirty years it is undeniably powerful and I was, for about 4 minutes and 50 seconds, transported. END_OF_DOCUMENT_TOKEN_TO_BE_REPLACED 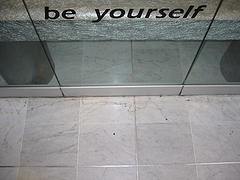 Had He willed they would not have been idolators. –  Sura 6, “The Cattle”

The existence of evil, or, more banally, base disobedience of God’s word by the vast multitude of human beings, must in some ways be explained by monotheism. If God is all-powerful, in fact, singular in His omnipotence, how do you explain the existence of evil without admitting that it too, like all else above and below, was created by God?

Similarly, since God has sent down his Word and therewith his Law via sundry emissaries, how is it that so many, indeed the majority of humanity, either fail to heed it or denounce it as false (adhering instead to their own regional or familial creeds)?

The idea that God created evil (the Devil, drives, temptation) and then bestowed Free Will upon Man in order to test his fidelity seems far-fetched. Why would an all-powerful Being operate in such a neurotic (or, really, passive aggressive) fashion?

The alternative (if you are not going to jettison monotheism altogether and retreat into a polytheism that does not suffer this conundrum) is to state forthrightly that God created Evil and, moreover, that God determines who will obey and who will not.

Hence the Calvinist doctrine of pre-destination, for example, or, a thousand years before it, the words of the Holy Quran where we find in Sura 7, “The Wall Between Heaven and Hell,” Aya 178: He alone is guided whom God shows the way; and whom He leads astray is surely lost. (This is echoed later, in Aya 186, “Whosoever God allows to go astray has none to show him the way, for He leaves them to wander perplexed in their wickedness.” and indeed repeated throughout the Quran.)

“Whom He leads astray….” How many can get to that and appreciate and worship a God who willfully leads some astray? Of course, Islam aside, how else are we to understand the monotheism espoused my Judaism or Christianity (or Zoroastrianism, if you want to get technical)?

And have many considered that, when we look out over the vast sweep of history, broadly speaking, or burrow into the unique experiences of every individual who has ever lived, we would not be able, following the model of monotheism offered in the verses cited above, to distinguish a reality created by God from a reality which has unfolded in His absence?

In other words, truly consistent monotheism and atheism, from the standpoint of observable reality, are indistinguishable.

Which brings us to the preeminent secular commandment: “Be Yourself” – a notion emanating from Emerson and Nietzsche, sacralized in the Sixties (not to mention countless movies, sitcoms, and television dramas), and now central to the concept of authenticity that the social media gurus of today wield like an iron hammer.

We can no more escape ourselves than we can act against the will of God. You are always already yourself, even when you are not. If God wills you to not be yourself, than “not being yourself” is how you are.

And therefore, I believe, the insistence on “being yourself” is really driven by the frustration and disappointment associated with the fact that this is, in fact, impossible.

Sep 2, 2010 Comments Off on Taylor Swift and Jacques Lacan 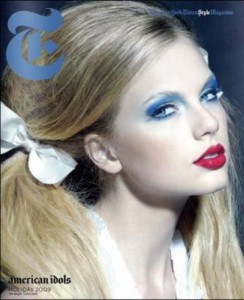