May 30, 2013 Comments Off on The Question of Zion, by Jacqueline Rose

The Question of Zion, by Jacqueline Rose

The argument, in nuce:

Which is not to say that this book serves simply as a critique or dismissal of Zionism. Instead, we find something like an archaeology of it. Rose takes pains to find within the history of Zionism itself critiques of its messianism (Sholem), nationalism (Buber and Arendt) and its militarism (today’s refuseniks).

In the end, we’re left with a portrait of Zionism that is complicated, internally contested, utopian and tragic. As such it allows us to see how statements such as, “Zionism is racism” or, alternately, “Anti-Zionism is Anti-Semitism,” freeze Zionism into one of its aspects and concomitantly erase all others.

It should also be noted that this book was published in 2007. Since then, of course, Israel has withdrawn from Gaza (with rather fraught consequences) but also continued to expand the settlements and, with Netanyahu once again Prime Minister, doubled-down (as far as I can tell) on the militarism Rose describes. 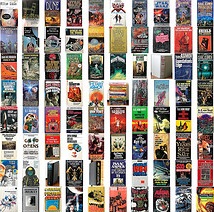