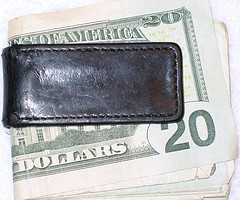 The way I see it, there are three paths to social media success.

Marshall McLuhan once said something like, “Media owners don’t care what’s on TV, as long as everyone is watching.” To put it another way, the people who own what everyone uses, are the big winners. Unfortunately, becoming an owner is easier said than done and it just gets harder over time.

Facebook, for example, may have displaced MySpace – as MySpace displaced Friendster – as the center of the social media universe, but it’s hard to imagine what will displace Facebook. It’s user base just keeps growing and it really has become part of everyday life for millions. Same goes for Twitter, Flickr, LinkedIn,  and YouTube, among others.

One possibility, I guess, is creating a meta-tool that allows people to aggregate their disparate online personalities and communities, but that didn’t exactly work for FriendFeed (and plus Facebook is kind of headed in that direction already) though it is kind of working for Apple (if you know what I mean).

Mass media like television and radio have always been platforms for celebrity and the social media are no different, to a degree. Certainly people you have never heard of, such as Fred, have become “famous” by launching programs on YouTube, but that’s because YouTube is basically an open, explorable space.

You can explore Twitter but, generally speaking you are only paying attention to the folks you’ve chosen to follow and only really get noticed by them what follow you. In any event, it’s a lot easier to be a famous person. such as Oprah, Ashton, or Conan, who chooses to use Twitter than it is to become “famous on Twitter” (not sure who counts in the latter category aside from maybe Brogan and Vaynerchuk).

Finally, the rules of engagement on Facebook make it so utterly closed that, at best, it may allow you to become “better known” to your friends and acquaintances. You will never, however, become “well known” via Facebook.

3. Use Social Media to Do Something

Aside from being the easiest way to achieve “social media success,” this is the only way that the words “success” and “social media” ever make sense together in a sentence, as far as I’m concerned. The social media are tools and tools are only meaningful in their application to this or that situation.

This is one reason that I don’t believe it makes sense to have a “social media plan” for your business or one person there who is “responsible for social media.” Social media will only help you achieve your objectives – that’s what “success” means, right? – if it is integrated into the plans and programs you’ve undertaken to achieve them.

So incorporate social media channels in your PR strategy or figure out how to leverage social media in support of a product launch or make social media an important component of customer service. That way leads to success and, specifically, success via social media.

Everything else is just pipe dreams and pyramid schemes.