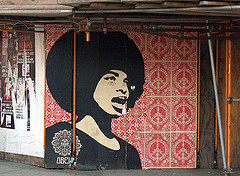 “The best lack all conviction, while the worst /Are full of passionate intensity.” – W.B. Yeats

I didn’t watch the State of the Union address last night; I was playing jazz with my friends.

When I was younger, I might have gotten into an argument about which was the more political act, championing the latter over the former. The presidential address to the legislature, I would have insisted, was little more than spectacle, a distraction. Believing that our leader’s words would in some fundamental way solve our problems or address the unease (Freud called it “discontent“) that haunts the citizenry of the most advanced and powerful nation on Earth was, I might have added, passive and infantile.

Moreover, the real machinations of government, I’d have pointed out, have little to do with speeches and posturing, driven as these machinations are by a complex competition for wealth and prestige between personal empires, well-funded interests and entrenched, institutional agendas. The words spoken for the assembled politicians and the atomized television viewers provide a surface reflecting both our insecurity and the hope we all harbor that someone (not us, for God’s sake!) is doing something to grapple with the myriad problems facing the massively intricate and over-developed system we inhabit, problems that beggar our comprehension.

Shunning the superficial solace of such civic theatricality, I would point out, I chose to lose myself in the the act of improvised creation and communal music-making. Rather than wrangling about how to protect freedom—which is only real and manifest in the free act itself—or provide for future generations—which, much like the future itself, do not exist—we were celebrating our freedom in the pursuit of the beautiful or the cool or the outrageous. And not for money or because we had to or to build our egos and dominate others, but because we sought that evanescent abandon where the aesthetic and the ecstatic converge—a realm beyond limit or contingency where true freedom, however fleetingly, dwells.

Of course, I’m older now and wouldn’t be so pretentious as to make such ludicrous claims. I was playing an instrument worth several thousand dollars through an amplifier that cost the same in a private studio built next to a million dollar home. The immediate neighbors had hosted a fund-raiser for the Republican Senator Scott Brown not seven months before. The freedom that we were celebrating was not hard-won, but bought and paid for. If we weren’t watching Obama, it was because whatever he was saying really didn’t matter to us. The class structure that supported our liberty provided us a comforting cocoon from within which we could indulge our be-bop whimsy, calmly assured that nothing this supposed socialist (now seeming ever more “business friendly”) was going to do or say would upset the apple-cart enough for us to be in the least concerned.

And if this situation gives me the blues, it’s because I believe, at a very basic level, that something about this set-up just isn’t right.