New Podcast Episode: Let It All Hang Out. Or Don’t. 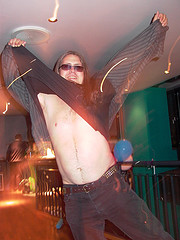 I’ve posted the 3rd installment of Matthew T. Grant’s Smallish Circle Podcast. Although the original concept of this thing was to feature my amazing friends and amazing stories from their amazing lives, this episode actually focuses on the trouble I’ve had convincing the aforementioned friends to “appear” on the podcast.

I understand that I’m more extroverted than others and generally more willing to share the embarrassing and even dodgy aspects of my life and character in public or semi-public forums. At the same time, I recognize this willingness as a psychological tick, a residual trace of the adolescent need to express oneself in hopes of being accepted for “who you are.”

While I appreciate it when people are open about themselves, I do not view openness as a moral imperative. I think it’s fine, even commendable, to be discrete and save one’s private revelations for one’s more intimate relations. At the same time, I really need juicy material for this podcast or it’s gonna go nowhere at the speed of light.

If you’d like to hear me talking about this and much more more, the latest episode of the p’cast can be found right here. If you would like to catch future episodes of Matthew T. Grant’s Smallish Circle, subscribe via iTunes.

Errata: This episode begins with me explaining the idea behind #onewordwednesday. As it should quickly become clear, I’m actually talking about the idea behind the Smallish Circle Podcast itself. 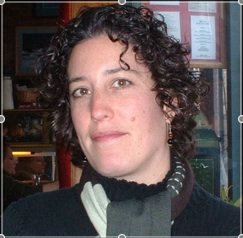