I can’t remember when I first read David Lowery’s impassioned polemic directed at all the companies who profit from the exploitation of musicians and other creative artists, but I decided to revisit it after reading David Byrne’s more recent lamentations on streaming services and the sorry state of artist compensation in the modern age.

Byrne’s piece bothered me primarily due to this conclusion/claim:

…the whole model is unsustainable as a means of supporting creative work of any kind. Not just music. The inevitable result would seem to be that the internet will suck the creative content out of the whole world until nothing is left. Writers, for example, can’t rely on making money from live performances – what are they supposed to do? Write ad copy?

His argument boils down to this: Unless people can make a living creating art (or, more awkwardly producing “creative content”), then art will cease to exist.

Believing, as I do, that humans are creative by default (though that creative impulse may, sadly, be acculturated out of them over time), I found this claim preposterous.

END_OF_DOCUMENT_TOKEN_TO_BE_REPLACED 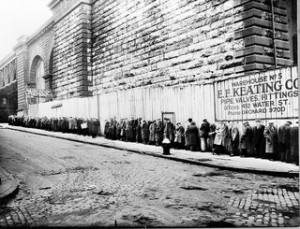 In other words, even though businesses are enjoying record profits, they are using unemployment as a hammer both to keep wages low and drive greater productivity from those “lucky” enough to have a job. If that isn’t a case of “exploitation,” I don’t know what is. (I believe that it also gives the lie to GOP contentions, dating back to the Reagan era, that policies which benefit business lead to lower unemployment and “benefit everybody.”) END_OF_DOCUMENT_TOKEN_TO_BE_REPLACED 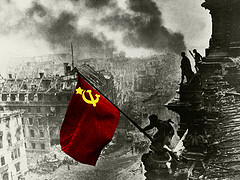 For the record, I am not now, nor have I ever been, a member of the communist party. I am also well aware of the crimes committed by communist parties around the world (and if you really want to head down a rabbit hole, just try to follow some of the disputes that arise when it comes to figuring the actual number of communism’s victims – this post and the accompanying comments are a good example). Furthermore, I categorically reject apologies for or defenses of genocidal atrocities, of whatever magnitude, in the name of unrealized or, even worse, unrealizable ideals. END_OF_DOCUMENT_TOKEN_TO_BE_REPLACED