Apr 27, 2009 Comments Off on More Thoughts on Design Thinking

Pull a thread on the Web and it unravels the universe. Having accidentally stumbled across the concept of “design thinking,” I found that there was a whole, thriving discourse on the subject. Who knew? I wrote a brief series of posts on my discoveries. This was the third and was originally published on March 14, 2007. 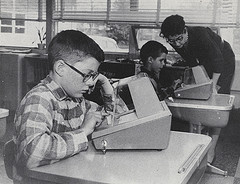 I’m a latecomer and a slow learner.

My thoughts on design thinking began as a reaction to something written by Dan Saffer of Adaptive Path. Little did I know as I was penning my post entitled, “Thinking about ‘Design Thinking,'” that that self-same Dan Saffer had written a post with the exact same title almost exactly two years ago! That article includes a helpful stab at defining the characteristics of design thinking, “if there is such a thing,” as he wrote way back then.

One characteristic is “Ideation and Prototyping” – “The way we find … solutions is through brainstorming and then, importantly, building models to test the solutions out.” Actually making things to see if they work or solve the problem at hand is key to designing anything – hence his lament as he sees design schools move to an overly conceptual notion of design thinking, one that neglects craft and making and, ultimately, produces designers that can’t.

Oddly enough, I found Saffer’s earlier post in a rather roundabout fashion. The first event in this twisted chain came in the form of an email from David Armano, whom I had name-checked in my previous post. He pointed me to a post on his blog concerning the evolution of creativity in a decidedly inter-disciplinary and multi-dimensional direction. As an example of someone who embodies this emergent creativity, Armano referred to the site of one Zachary Jean Paradis, who graduated from the Institute of Design at the Illinois Institute of Technology.

What did I find on Mr. Paradis’ blog? You guessed it, a long, thoughtful essay on none other than “Design Thinking.” In fact, it was via this essay that I “discovered” Mr. Saffer’s earlier thoughts and my own intellectual tardiness.

Before I leave the topic of design thinking and return once again to more familiar ground, like Second Life, I will mention what I found most illuminating about Paradis’ perspective. First, he conceives of design thinking as an approach to “developing new offerings” which should not, to Mr. Saffer’s point, be equated with “professional design as it is taught.”

Secondly, because this approach is “purposeful,” he sees it as inherently integrative. He writes, “When developing some new offering with a team, members share the common goal of producing something contextually relevant.” The complexity of product/offering development, and the fact that the process must result in something that works in the world and meets definable needs of end-users/consumers, imposes the dual need for multiple disciplinary perspectives and their successful integration.

Finally, and as he says, “most importantly,” design thinking provides guidelines for collaborative work rather than prescribing a specific process for executing it. This kind of collaboration requires individuals who possess “a certain breadth and depth of knowledge of complementary disciplines,” precisely the new kind of “Creative” David Armano describes on his blog. Paradis ends his essay by insisting that, “… organizations must begin to recognize that moderately deep breadth is as important if not more so than deep specialization in addressing complex problems.”

To bring things more or less full circle, I think it bears stating that only by doing work on a series of increasingly complex and diverse projects, and not through schooling of any sort, can one acquire this “moderately deep breadth.”

Design Thinking and the Serendipitous Web

This was the second of a brief series of posts that I wrote on the subject of design thinking. It was originally published on March 9, 2007.

I had never really thought about “design thinking” until I read the blog post at Adaptive Path that led me to write my last post. The funny thing is that as I started to research the concept, I noticed that earlier that same day I had bookmarked, obviously without much thought, a blog called Design Thinking Digest, which is maintained by Chris Bernard, Microsoft User Experience Evangelist and which I was introduced to via this post on David Armano’s blog.

As if it weren’t strange enough that the mighty and mysterious Web would bombard my subconscious with secret messages about “design thinking” so as to get me to write about it, today Bernard is blogging about the design approach of BMW’s Chris Bangle and, guess what? Mr. Bernard is very taken with the fact that when designing cars, Bangle focuses on “the doing.” He writes, “His teams get outside to look at the car, they craft and sculpt designs with their hands. They are constantly on the lookout for new ways that they can make things, they spend as much time thinking about not the actual creation but the TOOLS they use to create with too.”

That is, a critical component of true “design thinking” as practiced by a successful designer like Bangle and admired by an evangelizing software designer like Bernard is “doing” – getting your hands dirty, working with tools, making things. But that was, like, exactly the point I was “making” in my initial post on “design thinking”!!!

Is the Web reading my mind?

More frighteningly, is the Web writing my mind? 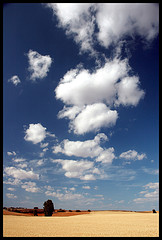