Apr 10, 2009 Comments Off on Trust Agents in the Time/Space-Shifting Continuum

Trust Agents in the Time/Space-Shifting Continuum 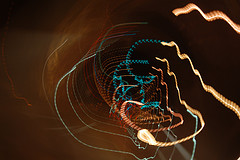 The concepts of time-shifting and place-shifting (originally called “space-shifting”) come from the realm of consumer electronics. The classic time-shifting device is TiVo, which allows you to “shift” the time of your favorite TV programs to a time of your choosing. On the place-shifting front, Sony, HAVA, and Sling Media, among others, have devices which allow you to change the “place” where you consume media by sending TV shows to your PC, for example. You could also think of the iPod/iPhone as doing the same thing with your music and videos.

At least one denizen of the interwebs, Nari Kannan, postulates that the ability to shift time and/or place is an essential element of technical innovation. He writes, “Placeshifting in the larger context with the widespread adoption of the Internet enabled Outsourcing and Offshoring! Work is not tethered to one location anymore.” We find the same idea, mutatis mutandi, expressed in this article on the future of electronic design, “The Internet dissolves international boundaries, creating a time- and place-shifting global village of design and engineering.”

Any work whose end-product is an electronic file (which could be a text document or a feature film) requires solely that collaborators be connected electronically, not spatial proximity. In fact, the only complication introduced by the fact that the end-product takes a more material form, a chair, for example, is that the collaborators must each on their end be connected to some physical transport system such as that run by FedEx or UPS.

Given the boundary-less world of cyber-enabled work, to what extent are we still bound by geography when it comes to landing gigs or hiring people, especially since anyone can post a resume or portfolio online or advertise a job opening and it can be found by anyone with access to the web from anywhere on Earth?

When it comes to actually getting hired or hiring I believe that the only thing making physical presence in a particular geographic location necessary is trust (or, more accurately, the lack thereof). As atavastic or primitive as it may be, the most basic form of trust still rests in seeing someone with our own eyes, shaking their hand, and sizing them up by talking to them, asking them questions, and gauging their responses.

Nevertheless, people nowadays will readily work with others they have never physically met. The trust encouraging them to do so is not primarily generated by marketing and faith in governmental regulation. It depends instead on the accumulated recommendations of total strangers (as can be found in seller ratings from Amazon to eBay), and the growing reach of influencers who essentially make a career out of being trusted (Brogan calls these folk “trust agents“).

The same technology that enables time- or place-shifted collaboration in myriad domains has also fostered the growth of globe-spanning trust networks. And that, in the end, may turn out to be its most revolutionary effect.