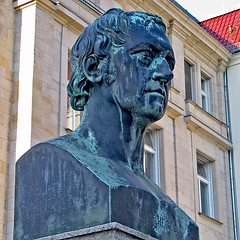 Is 4-D the New 3-D? Thinking about Photosynth

One thing that irks me about the 3-D world is that it’s hard to find things in it. I’ve often been looking for my keys or a book or a CD and wished that I could just open up a search box, type in the object of my fruitless and frustrating search, and instantly locate the darn thing. The fact that 3-D spaces can be difficult to search visually is one thing that stands in the way of the the 3-D desktop metaphor, IMHO.

Then I remembered Photosynth, a software that allows you to make 3-D models of places from 2-D images which, thanks to the magic of tagging, come replete with a conveniently searchable 4th dimension (raising the question: Is information, and not time, the 4th dimension?).

I first wrote about Photosynth on Aquent’s Talent Blog in 2007. Here’s the original post:

Visual Information, Design, and the Future

A friend of mine passed this link along to me. It is a video of a software demo at the TED Conference back in March. The speaker is Blaise Aguera y Arcas who was demoing two software packages – Seadragon, which is used to browse large amounts of visual data, and Photosynth, which organizes pictures into navigable, 3-D spaces.

This stuff really has to be seen to be believed. It represents the future of how we will interact with visual data and also highlights that we are already creating virtual models of the world we live in by uploading content to websites like Flickr. There is also a cool example of an explorable, high resolution advertisement for Honda. Imagine if a picture in a magazine contained the richness of data you could find on an entire website. Mind-boggling.

Microsoft acquired Seadragon back in February. Aguera y Arcas makes a funny comment about that when people start clapping at the amazing things he’s showing them. Have you ever attended a software demo where people burst into spontaneous applause?