Odd Future in a World that Allows Rape

“In 12 years, there have been 6 million dead men and women in Congo and 1.4 million people displaced. Hundreds and thousands of women and girls have been raped and tortured. Babies as young as 6 months, women as old as 80, their insides torn apart. What I witnessed in Congo has shattered and changed me forever. I will never be the same. None of us should ever be the same.” – Eve Ensler, May 2009

The World We Live In

The situation Ensler describes above has only gotten worse and its “intractable” nature, documented by yet another report on the extent of sexual violence in Congo, led her to declare last week, “Here’s what I Am Over/400 thousand women getting raped a year in the Democratic Republic of Congo/48 women getting raped an hour/1,100 raped a day.”

As she rightly points out, we live in a world that “… has allowed, continues to allow 400 thousand women, 23,00 women, or one woman to be raped anywhere, anytime of any day in the Congo.”

Of course, we also live in a world in which Odd Future can release a song (“Swag Me Out,” from the Radical mixtape) containing the line (picked more or less at random), “”Nigga we/take a girl/rape her in the back/of the fucking jeep,” followed soon by, “Chop a bitch head off/Then get a pleasant nut off/Bitch!” In fact, in this world, the band can appear on Jimmy Fallon’s show and even have an interesting article written about them in the New Yorker. END_OF_DOCUMENT_TOKEN_TO_BE_REPLACED 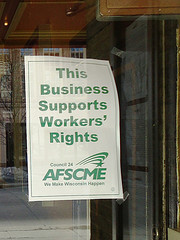 END_OF_DOCUMENT_TOKEN_TO_BE_REPLACED

The phoenix also says, along with Heraclitus, “All is flux.” Everything is tipping over into chaos and emerging out of it. This idea is reinforced by the second tattoo I want, on the back of my neck, of a serpent (or dragon) eating it’s own tail like this one: END_OF_DOCUMENT_TOKEN_TO_BE_REPLACED