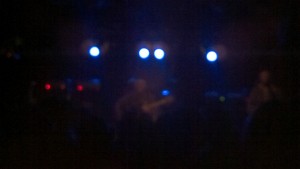 END_OF_DOCUMENT_TOKEN_TO_BE_REPLACED

Where Does Information Come From?

I was following the #Resist44 hashtag on Twitter (which was an anti-Obama response to the #Gen44 hashtag) when I noticed an avatar that read, “WAR ON MARXIST THUGS.” Since I follow at least one other person who has declared a similar war, I clicked on the avi to learn more!

The bio pointed to a website called Resist the Lies, which curates rightist content. The curated article from March 18, 2012 was “Liberal Illiberalism” by the historian Victor Davis Hanson (whose book Culture and Carnage I found illuminating and  highly recommend), a piece that sets out to show that certain elements of the liberal agenda as Hanson sees it—radical environmentalism, multiculturalism, affirmative action, illegal immigration (which I’m not sure any liberals advocate but, whatever)—are not just impractical, but “immoral.”

Reading Hanson’s essay, one thing that jumped out at me was a comment in the section devoted to the “unkind dogma” of multiculturalism, here defined as “the very notion that all cultures are professed equal, and those in the West often have a particular obligation to elevate illiberal and intolerant systems above their own in recompense for their supposedly ill-gotten prosperity and success.” Specifically, Hanson derides the press for failing to report that, “Sheikh Abdul Aziz bin Abdullah, the grand mufti of Saudi Arabia — not a minor voice in the world of Islam — announced that he wished, according to his reading of Koranic-inspired statute, that all the churches in the Gulf region be destroyed.”

END_OF_DOCUMENT_TOKEN_TO_BE_REPLACED

The court jester may speak truth to power, cloaked, of course, in jest.

And while there is power in this, the jester, alas, may not hold power.

Power is serious, and who can take a jester seriously?

Power rests with the master, and the court jester serves at his leave.

The master may, of course, also unleash the jester, like a dog, on his enemies, who die laughing.

Apr 2, 2012 Comments Off on Cyberwar and Asymmetrical Conflict

Two specific statements made by Major O’Connor jumped out at me:

“It was absolutely enthralling and entertaining to watch as I would destroy [He’s talking about playing Command and Conquer. – MTG] General Schwarzkopf wannabes with one single soldier. They were totally upset that their strategy and tactics that they had trained were completely ineffective against my no strategy at all. That’s where we’re at in cyber today. It’s a completely asymmetric platform that favors the adversary; it favors the individual…. An asymmetric platform requires an asymmetric defense.” (24:21)

“Our individuals that are defending our networks have to be attackers first, otherwise, they have no understanding of how to defend this.” (26:35)

Major O’Connor cites the Jester as the type of individual necessary for this type of role and this type of conflict, but also points out that there is no clear career path for such an individual in the modern US military.

There are some obvious implications here (ie, “we need to be hackers”) and some more subtle (“we need to create an asymmetric military”), and some I’ll only think of later.