I’ve been listening to Hendrix ever since I bought a 45 of “All Along the Watchtower” back in 1978. I’d like to write about the waxing and waning of my obsession with him but, instead, I’ll just post this video of his appearance with the original Experience in Stockholm in 1969:

Jul 12, 2011 Comments Off on Can Academic Inquiry Justify Itself?

Can Academic Inquiry Justify Itself?

At the end of Stanley Fish’s review of Naomi Schaefer’s “The Faculty Lounges: and Other Reasons Why You Won’t Get the College Education You Paid For,” he agrees with her critique of tenure and the principle of academic freedom by disagreeing with her.

According to Fish, Schaefer claims that tenure and academic freedom are anachronistic in an academic environment in which research and teaching are beholden either to vocational or to political goals. Her conclusion is that we should do away with these anachronisms for said reason. His conclusion is that the academy needs to go “back to a future in which academic inquiry is its own justification,” thus simultaneously justifying tenure and the notion of academic freedom (understood as the freedom to pursue the truth on its own terms rather than in the service of a particular practical or political goal) and aiding the academic resistance to “monitoring by external constituencies.”

My question is: Does Fish’s argument make any sense?

On the one hand, the utopian vision of an academy that can ignore external constituencies, while appealing, seems absolutely ridiculous. Setting aside the problems that would thereby arise for academics interested in studying “external constituencies” (I’m thinking of economists, linguists, humanists, sociologists, anthropologists, biologists, zoologists, etc.), wouldn’t this in essence be an academy without students (since, before and after there time within its hallowed halls, they would be externally constituated) and, frankly, faculty?

On the other hand, while inquiry may be able to justify itself (though I’m not sure what that’s supposed to mean), justification is always for an other. In the case of academia, researchers need to justify their inquiry to a host of others if they want to get an academic appointment, get published, or simply get funding. In fact, it is this latter reality which Schaefer explicitly references in the title of her book.

As long as someone is paying you to pursue research, your research will have at least some relationship (in this case, monetary) with an “external constituency” and cannot be “its own justification.” Right? 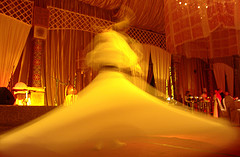