No Reason to Stop

Standing on the corner of College Avenue and Dryden Friday night at 1:30ish, watching undergraduates stagger around aimlessly and shout at/to each other, I turned to my friend saying, “I’m gonna call it a night, even though, frankly, there’s really no reason to stop.”

“Now you see how I’m living,” he replied.

Just a moment before he had remarked, “Alcohol is a god to them.”

But earlier still in the evening he had said, “Love doesn’t tell; it asks.” 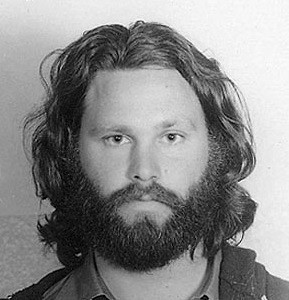 END_OF_DOCUMENT_TOKEN_TO_BE_REPLACED

We live in three worlds.

The first world is the world of our direct experience. I consider this the “really real” world; it’s literally where we live. That being said, I consider our dreams an integral part of this world.

The second world is the world of our knowledge. This is both a mediated world—we know it through the stories we hear or the things we watch and read, the media we consume—and a world of conjecture: based on what we’ve learned, we make educated guesses or informed assumptions about how the world works or the existence of those parts we may or may not ever experience.

Finally, there is the world that we will never know through direct experience (imagine a point just adjacent to the center of the earth or the specific thoughts of a stranger we will never meet) or learn about from any mediated source or even imagine to be real.

Freud described the psychoanalytic journey in these terms, “Wo Es war, soll Ich werden.” (“Where Id was, Ego will become.”) Life can be similarly described as a journey by way of which we slowly expand the first two worlds and thus claim more and more of the third.

All imperialistic connotations of this formulation aside, it should humble us. Not only is much of this third world unknowable in principle, perpetually falling beyond our grasp, but we inevitably and inescapably belong to it (in a way that it will never belong to us).

I am listening to Flowers by the Rolling Stones on MOG.

I have never owned this album and, although I have yet to hear a song I haven’t heard before (I’m on “Let’s Spend the Night Together“), I feel like I’m hearing it for the first time. It’s pretty amazing.

The first thing that hits you is the bass. It’s way up front and in the stereo mix a galloping, insistent presence.

More interesting to me than the music—”Lady Jane” is a weird anticipation of the Grateful Dead (“Rosemary,” “Mountains of the Moon” on AOXOMOXOA) and Depeche Mode (“One Caress” on Songs of Faith and Devotion))—is the fact that I’m listening to music on MOG.

I’m sure others have written this elsewhere (if there were only a way of searching the Web to find out if anyone else has posted anything about MOG), but there is a “dream come true” quality to MOG that I can’t get over: almost any music I think of, I can listen to at will.

After a lifetime of listening to music as chosen by others, in the case of radio, or to the extent that I could access its recorded form (I include mp3 or other rips of albums to be essentially the same thing in a different recording medium or, more accurately, encoding), I am now plugged in to a vast, explorable library of music.

I must say it means that I haven’t used iTunes in going on two weeks.

And that my burgeoned cd collection seems even more archaic than ever.

As long as we have electricity and connectivity and a robust information infrastructure—and are not being attacked by government forces or rebel militia—this is how recorded music (and all recorded media?) will be consumed henceforth.