The Myth of Freedom

The New York Times ran a story on Friday about the spotlight Glenn Beck had cast on an “obscure CUNY professor,” Frances Fox Piven, and how this had attracted some very hostile attention from Beck’s followers. One fine fellow had left this comment on Beck’s site, The Blaze, “Somebody tell Frances I have 5000 roundas ready and I’ll give My life to take Our freedom back.”

The thing that struck me about this quote wasn’t the threat of gun-related violence but the idea that we need to take our freedom back. As I told a friend the other night, I can’t relate to this sentiment at all. Specifically, I don’t feel any less “free” today than I did before Barack Obama became president. Indeed, my friend responded that he felt more free since Obama was elected.

I’m not sure if my perception of the Tea Party (or Tea Party-ish Republicans) is simply a caricature invented by the liberal media, but it seems like this notion of freedom is near and dear to them and that they see the Obama presidency as an assault thereupon. However, I’m hard-pressed to name a freedom that has been lost during the last two years (and the “individual mandate” in the healthcare bill doesn’t count since it hasn’t gone into effect yet – though, even then, it’s really just a tax issue for those who don’t have insurance. Of course, freedom from taxation is a freedom we have never truly enjoyed).

Now, I love freedom just as much, if not more, than the next guy, but I also believe that freedom is relative and that actual freedom is different from formal freedom. We are all formally free, for example, to own property here in the United States, but one’s ability to actually exercise that freedom is constrained by one’s available resources. Similarly, we are formally free to pursue whatever career we wish, but our ability to do so depends on education, physical or intellectual abilities, available resources (again), and so on.

In other words, while we have not lost any fundamental formal freedoms over the last two (or more) years, the economic downturn has definitely impinged on the ability of millions to actually exercise said freedoms. Having lost my own job two years ago, I can relate to that feeling. However, I don’t understand how assaulting an economics professor, let alone trying her for treason, would restore that dimension of freedom.

Having said that, I do think that lashing out would at least give someone the sense that they were reclaiming the most fundamental freedom that humans enjoy: the freedom to act. Nevertheless, this raises another question about freedom and one that few have the existential wherewithal to adequately face let alone answer: If we are parts of the physical universe, and every thought or action cannot be separated from its physical underpinnings (think: neurochemistry), isn’t possible that our sense of freedom is itself an illusion imposed by the physical system that enables us to sense anything at all? What if, for instance, the evolutionary advantage that has made human beings the dominant species (at least among vertebrates) is not that we can act freely, but that we can believe we act freely?

In other words, the freedom to act that the lone gunman seizes could be, and in most cases probably is, just the symptom of an underlying neuro-chemical or otherwise conditioned physical state and thus not free in any sense of the word other than when physicists speak of an object, subject to the gravitational pull of another object, being in “free fall.”

And that’s a freedom that, frankly, no one can take from you.

Doing What You Want to Do 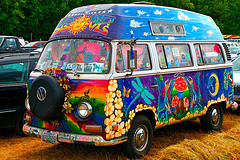 There’s a book called The Myth of Freedom by Chogyam Trungpa. It’s message is fairly straightforward: Everyone thinks of “freedom” in terms of “doing what you want to do.” What this formulation represses is the fact that we cannot free ourselves from wanting. At the core of our concept of freedom dwells an intractable kernel of compulsion. (In line with his Buddhist inclinations, Trungpa Rinpoche offers meditation as the diamond-hard hammer fit to crack this nut.)

When I was younger, I idolized people who were “doing what they wanted to do,” and perpetually lamented my own failure to join their ranks (somehow imagining that, in spite of the fact that I was doing many things, I was never quite doing what I wanted to do). I didn’t feel free.

Laugh if you want, but for a while Jerry Garcia represented this ideal of freedom – “doing what you want to do” –  in part because he seemed to be living the life I thought I wanted to live. But then I read something he said on the subject and it caught me up.

While the stoned simplicity of this credo has its appeal, it rings false to me. “Don’t do what you don’t want to do” doesn’t sound like freedom so much as an avoidance of accountability and a refusal of responsibility. I understand that it can feel pretty free to be on the road playing gigs and taking drugs, but how free are you if you leave behind a trail of unfilled obligations, broken relationships and quasi-fatherless children? Are you “running free” or just “running away”?