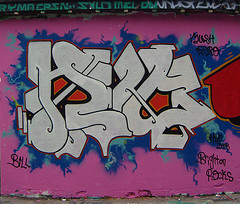 I have a friend who, when I first met him, spent a lot of time making trompe l’oeil drawings (well, really doodles in the margins of lecture notes he was taking).

One night he was showing us some of these and every now and again, impressed by his own ability to conjure faux three dimensionality from two dimensional lines on paper, he would exclaim, in a kind of wonder, “Check out the levels!”

Now, if you teach anything like literary theory or film studies or music appreciation or what have you, this imperative sums up your endeavor. In fact, what you quickly find is that, for many students, the fact that there are levels at all, and not just the plot and the characters, is a kind of revelation.

This revelation can quickly spread into all aspects of life and is part of the natural, cognitive maturing process, I believe. When we make the transition from childhood proper to adolescence and adulthood after, for example, a big part of that proces is the realization that our childish worldview, as complete and self-sufficient as it seems to us while we are living in it, is limited, circumscribed by our ignorance, experience (or lack thereof), and the information that our environmental wardens have deigned (or not) to pass along to us. You can see this most obviously when speaking with teens who have become aware of things that their younger siblings just obviously don’t get. END_OF_DOCUMENT_TOKEN_TO_BE_REPLACED 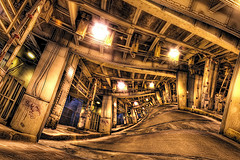