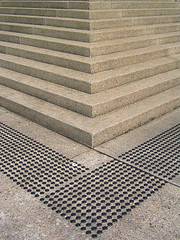 Formalism is relativism: the vessel cares not whether it be filled with wine or gall. Acceptance and enjoyment of formalism calls for a liberal nature willing to relinquish any insistence on the “this way and no other” of fundamentalism, be it religious, political, or otherwise.

Fundamentalism is necessarily revolutionary because filling the formal void – once and for all – with any particular content entails its overthrow and undoing.

With fundamentalism (of whatever flavor)  fundamentally at odds with the formal project of a free, rational, and democratic society, it would seem that the latter’s only hope for survival lies in cultivating humans with a greater and greater tolerance of ambiguity and an inbred abhorrence for the prejudices of absolutism (speaking both metaphysically and politically). Beyond that, methinks, it must at times be prepared to resolve itself into the terrible absolute of war in order to fend off the foreclosure of its own future.